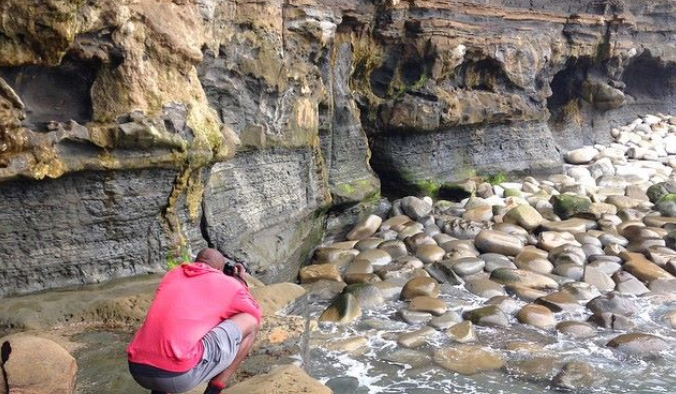 Rick was born in Kingston, Jamaica and raised in Miami, Florida. Growing up in Miami, with all the city has to offer, helped fostered Rick’s competitive nature and love of the outdoors.  As a child and young teen, he raced BMX bikes and played football in high school, college and continued to the semi-pro level.

As a young father of two, necessity put him in the healthcare field, but ambition led him on a firefighter career path.  Rick has been a firefighter for over 20 years and has attained the rank of Captain in the Miami Dade Fire Department.  He has participated in the Firefighter’s Combat Challenge for over 15 years, both nationally and internationally winning a world title in 2012. He continues his participation in Firefighter competitions and is a crossfit l1 trainer and competitor.

Being a firefighter exposed Rick to a lot of death, destruction, and devastation.  In order to combat that ugliness, he turned to a different piece of equipment, the camera.  He developed his love of photography in an attempt to capture the beauty that surrounds us all – everyday objects that often go unnoticed, a building, a city scene, and the breathtaking view of nature that the naked eye doesn’t always see.  While we may be too busy to see these things, Rick captures them for us – to help us see what we overlooked.

Rick displays his art at local businesses and participates in juried and non -juried art shows. And placed second in photography at 2020 coconut grove art show. Rick travels often to New York, California and Abu Dhabi for many of his city scenes.  He has lived in London and New York and returns to Jamaica as often as possible but Miami will always be his home.