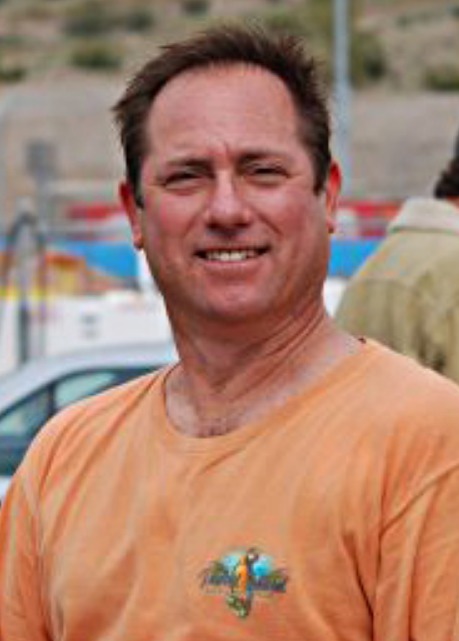 It takes a certain level of commitment and enthusiasm to stay in the racing game; as there are always ups and downs, starts and finishes, losses and wins. In NASA-AZ we have decades of combined racing experience among us. Taking a closer look at participants in race group we can easily find some great people with greater stories. For this edition of Who’s Who, I had the pleasure of interviewing fellow Racer and Time Trailer, Paul Bloomberg–who has a story to share with us all.

Paul began his track time as a young child, not in the seat of a car but over the handles of a motorcycle. He was an avid motocrosser from the early age of 7, and continued to run two wheels on track into his 20’s. Along the way, his family always supported his efforts in racing competition. It wasn’t until 1998 where Paul found himself at a PCA autocross event, soon blending a mix of SCCA Solo events when he found the time. It took the careful persuasion of his fellow drivers to begin running a 944 at a road course.

Autocross to the Road Course

Instead of dodging cones and slaloms, Paul was regularly aiming for apexes and top speeds. As with most drivers who started out with Autocross, he quickly adapted to a road course environment. At this time, Paul decided to try his hand at the 944-Spec series that just started. Back in 2001, Paul finished runner up to Joe Paluch. A year later, Paul won the highly competitive 944-Spec Championship in 2003. Much of his core racing experience came from learning to cleanly race these extremely well balanced cars.

After the 944-Spec car Paul decided to try something completely different … a FWD race car. The next time you walk around the pits, take a closer look at the easily spotted Acura Integra Type-R (ITR) with a spirited “get outta my way” yellow-black-and-white painted theme, complete with racing trim. When you find it, you will be looking at the car driven by Paul Bloomberg.

The first time I took a gander at this Integra, I knew there was likely a good story behind its presence at our events. As it turns out, I wasn’t far off – what we’ve come to know as our PTB ITR was once under the care of King Motorsports. This car had some well known drivers in its seat at the prime of its use, including Will Nonnamaker in Grand-Am. In 2002, it was also driven by Bob Endicott who won the Grand Am ST Championship, along with many other wins to follow in 2003. The Nonnamakers decided on an all-Porsche GS Grand-Am effort, so naturally the Acura’s had to go. Paul found the right connections at the right time, becoming the proud owner of this car.

The most memorable racing event for Paul in the ITR was the San Jose Gran Prix in San Jose opening for Champ Car. “It was an amazing event!” Paul said. “…Racing through downtown surrounded by k-wall not being able to see around any corners is an experience! I finished 13th out of 30+ but was disqualified due to missing a yellow along with five others who didn’t pick up a yellow flag sticking through a catch fence surrounded by canary-yellow banners–oh well excuses are like… eh, everyone knows what excuses are like, no explanation needed!”

Paul was able to reconnect with Bob Endicott at a local Phoenix Modified Tuner Shootout event were Endicott was driving for Hasport. In their reminiscent discussion, Endicott noted the ITR’s superb handling compared to new KMS World Challenge TSX’s – naturally, they both agreed that ITR was and still is, a great race car.

Most of us have had some “sketchy” moments on track (or going off-track for that matter). When you’ve had as much seat time as Paul you are bound to witness and experience all sorts of interesting scenarios, some that may require you to change your shorts. The first time you see a real shiny surface on the track and you don’t realize what it is till you’re spinning around like a tornado “…experience pays drivers dividends when someone blows a motor in front of you at full speed.” Paul explained. No doubt that this statement has much truth to it when you are carrying enough velocity to send your internal organs to the base of your spine, and then quickly realizing you are going in all sorts of random directions regardless of your inputs.

“I think my biggest challenges recently have been staying on top of the car along with personally staying motivated to push as hard as I can in a consistent manner which has been lacking all this year.” Paul said. “Another racing buddy recently reminded me “…remember this is supposed to be fun!”

If any one thing can be said about NASA – it’s the people. Our fellow drivers keep us in the game, help us stay motivated and solve problems. Simply put, NASA has a very special circle of support and camaraderie that is rarely found elsewhere. Paul has received a lot of support over the years, notably from Mike Browning – one of our local drivers with pro racing and team coaching experience. “Mike has been such an important part of my auto racing, he was a great mentor when I first started, and is good at teaching the culture of clean race driving.” Says Paul. With the assistance of Browning, Paul’s times became increasingly consistent, which is key. Being able to hit your marks lap after lap is one of the more difficult challenges in this sport.

Given the fact that Paul has had much seat time in his ITR, there must have been a point where he was considering changing it up and driving something else. Most of us have heard the occasional rumor going around NASA-AZ that Paul was selling is car, just purchased a BMW E36 M3, or switched gears to a MazdaSpeed Miata for Time Trial … all of which were true. Yet, the motivation to separate himself from his ITR simply wasn’t strong enough to go through with it.

Like a lot of us, we wouldn’t be able to participate if it weren’t for others in the industry willing to help. Paul has received great support from local shops in the Valley, including Tri-Tech and German Auto for various maintenance and tuning, keeping the ITR in top track-driving condition. “Without Tri-Tech or German Auto, the past year or so would have been very tough to even make an event!” Explains Paul. Moving forward, I expect to see the ITR join us in PTB and the occasional Time Trial session with Bloomberg behind the wheel.

Paul shared an interesting story with me—which notably signifies how awesome people in the racing community can be. A few years ago, John Dowling (driver of our PTA Porsche 911 – also known as The Purple Dinosaur) and Valerie (his significant other) were traveling to Willow Springs for a NASA event in the Southern California Region. John and Valerie arrived at the track early on Friday to get use of the open track for practice. However, Paul was (fashionably) late and didn’t arrive until that afternoon.

Since John had been on the track all day, Paul thought it might be good idea if he followed John around to get familiar with the course and the condition of the track. While driving, Paul had many moments contemplating where he could likely pass, and attempted to do so accelerating down a decline. As he made his move, it wasn’t long before he noticed John’s muffler had dropped to the ground.

Paul came back around and noticed that what had dropped wasn’t John’s muffler after all — it was his entire engine! Yes, the whole engine fell out of the 911, grinding off one of the distributors and braking all the oil lines. The engine mounts had failed, making for a complete mess. Once the engine and chassis was back on the trailer, the session was closed for the day. John, obviously dejected after the long tow and now expecting to miss the race, was justifiably overcome with feelings of defeat.

Out of nowhere, a gentleman who had pitted a couple of spaces over that neither of them knew or seen before, approached the broken-down “Purple Dinosaur”. He inquired as to what happened, and noted that he had a race shop only three hours away. “I can fix it” the man said. “I’ve got parts for 911’s, or can make whatever I need.”

Paul and John looked at each other in silence.

“What the heck!” John said, after a few curious glances. “Okay, take it.”

John’s Purple 911 was loaded onto a trailer and went off into the sunset in the hands of a total stranger.

That evening over a couple beers and laughs, Paul began to inquire about the man who took the 911 – joking about the horrible possibilities that might transpire.

John quietly replies, “… how come he had Oklahoma plates?”

Paul and John both arrive at the track early in the next morning with GREAT anticipation, along with a swarm of butterflies in each of their stomachs. Would the car be on its way to some mysterious destination never to be seen again? Could it have been dismantled in that stranger’s garage and parted out to Frito Bandito in Middle-of-Nowhere California? As it turns out, it was neither of those.

There it was, the Purple Dinosaur—John’s beloved 911—sitting on a trailer with the motor back in its proper place!

The moral of this story? First, check your engine mounts. Second, if it’s one thing you can count on … it’s the people in NASA. Without a doubt, this story shows us why Paul loves racing and continues to dedicate his time with NASA-AZ.

Just like most of the drivers I’ve met in NASA, Paul Bloomberg is genuinely likeable and enthusiastic, with a great sense of humor. Whether you are just starting out or have been running with NASA for awhile… the next time you are at the track, give a shout to Paul!