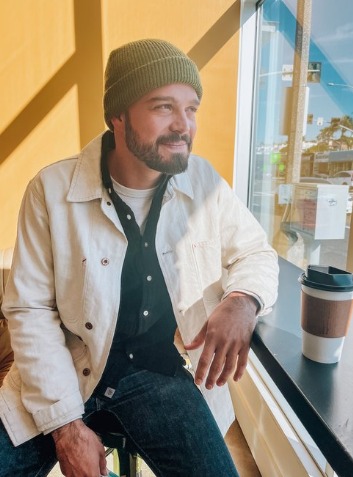 In my personal life, I’m a surfer, photographer, and dog-dad living in Los Angeles, CA. I love a good cup of coffee in the morning and jumping in the ocean anytime I get the chance. Professionally, I’m an experienced Photographer and Segment Producer with a demonstrated history of working in the broadcast media industry and well over 100 episodes of television under my belt.

As one of the youngest students to be accepted as a pupil of master filmmaker Abbas Kiarostami at the Escuela Internacional de Ciné y Televisón in San Antonio de los Baños, Cuba, I created Fe y Paciencia (2016), which went on to be accepted to a multitude of national and international film festivals.

As a photographer, I won the Emerson Winter Photo Contest and have curated Instagram stories for Conde Nast’s CN Traveler. I also shot and produced campaigns for clients ranging from Men’s pajamas to musical artists with a proven proficiency working in both film and digital formats.

With a team of filmmakers, I shot a trilogy of Boston aerial and time-lapse films which garnered features from media outlets such as Boston.com, Boston Magazine, and Fox News 25.

In collaboration with 74th Avenue Films, I produced and directed my most ambitious project to date, My American Identity Project – a 30min reflection on the United States and its citizens living in all parts of the country. More recently, I have worked as a Field Associate Producer on Comedy Central’s Lights Out with David Spade and as a Segment Producer on The Masked Singer (S.7). I lives and work in Los Angeles, California.